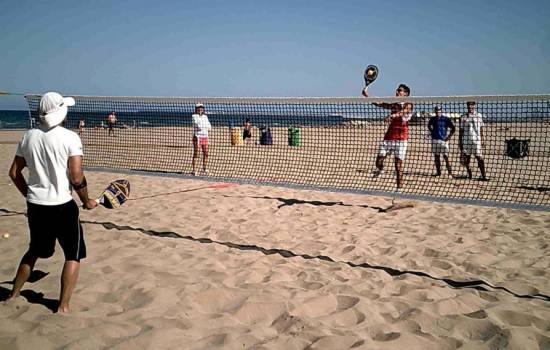 The Mapfre Beach Tennis Championship of Spain will be held at La Glea beach in Campoamor, Orihuela Costa this weekend, announced Mayor Emilio Bascuñana, along with Councillor for Sports, Víctor Valverde, and the president of the Valencia Tennis Federation, Antonio Martínez Cascales.

As the Councilor for Sports said, this is the eighth major event that takes place on the Orihuela Costa, after the 5th edition of the Beaches of Orihuela Triathlon last May, or the 10th edtion of the Orihuela Costa Cup Beach Volleyball competition, the start of the ninth stage of the Vuelta Ciclista to Spain last August, etc.

Beach tennis was born from the fusion between beach and racket sports and is gaining a mass following in many countries.

Come and enjoy the best tennis beach on the Costa Blanca this weekend!