News: A visit to the Castle of Santa Bárbara in Alicante 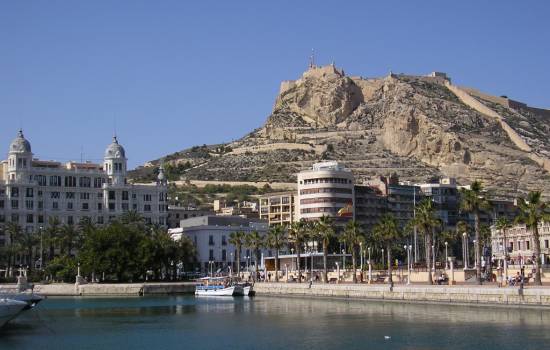 The city of Alicante on the Spanish Costa Blanca is an ancient place located on the coast with a beautiful yacht port and a broad quayside esplanade. White sandy beaches, dramatic mountain landscapes and caves, and a historic centre full of cultural sites are only a few of the attractions you can enjoy.

However, Alicante´s biggest attraction is also its oldest. Standing on the Benacantil rock at a height of 166 metres, the Castle of Santa Bárbara is an old fortress dating back to the 3rd century BC which has been reconstructed several times, first by the Romans, then by the Moors and then by the Christians. The building is almost completely intact and is one of the largest medieval castles in Europe nowadays.

From the Castle of Santa Bárbara you can admire impressive panoramic views of the sea, as well as the entire city of Alicante and the towns of Santa Pola, San Juan and even Benidorm.

The castle walls also contain the Museum of the City of Alicante, where you can learn about the castle's history and the development of the city

You can reach the top of the castle on foot or get tickets for the lift, which is free for people over 65. Until September 30th, the castle opens Monday to Sunday from 10 am to 10 pm.