News: ​Largest snowfall in a century in Torrevieja and Orihuela Costa 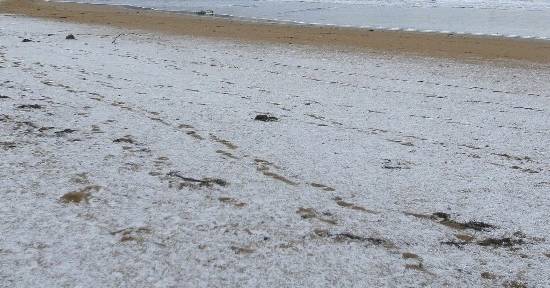 The snow has come back to Torrevieja and Orihuela Costa today, after nearly one century. This is the first time since 1926 we have seen snow covering the beach in places like La Zenia, Campoamor and Punta Prima.

According to sources, some snowflakes came down in Torrevieja in the 1950´s and 1960´s but they were blown by the wind. Today the snow started falling at around 8:10 a.m. on the coast of Torrevieja, Orihuela Costa and Pilar de la Horadada. Plenty of Orihuela Costa and Torrevieja residents went out into the streets and hurried to the beach in order to take some pictures under the snow.

The snowflakes are now starting to turn into rain and we will probably see the sun back tomorrow as usual. This has been a historical day that will probably not happen again in another century!