News: ​Orihuela named Capital of Culture of the Costa Blanca 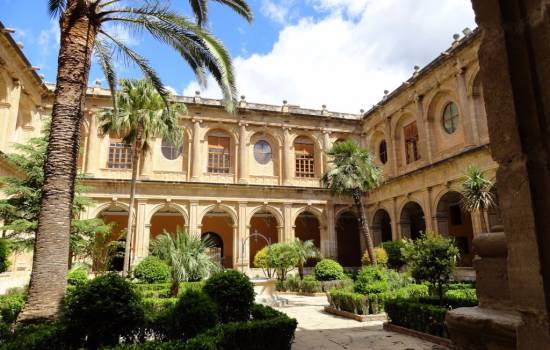 The city of Orihuela in Costa Blanca South has been named the cultural capital of the Costa Blanca in recognition of its vast heritage.

Orihuela's cultural and artistic patrimony, considered the strongest in the Costa Blanca region, is only one of the main attractions of this historical town.

Orihuela was named first city of the province of Alicante in 1437 and is home to numerous architectural marvels, including the Cathedral dating from the 13th century. Built in Gothic style, it boasts a grand bell tower, many Renaissance and Valencian art works, plus a 18th century Baroque organ.

Orihuela is the birthplace of the famous poet Miguel Hernández. A museum dedicated to his life and work can be visited in the centre of medieval Orihuela. The impressive Church of St Justa and Rufina hosts the oldest clock in the Valencian region, dating back to the 15th century.

Orihuela is also known for its local festivals, such as the Easter week processions which are among the finest in Spain. The Holy Week museum is the place to visit if you want to see sacred art dating from the 14th century.