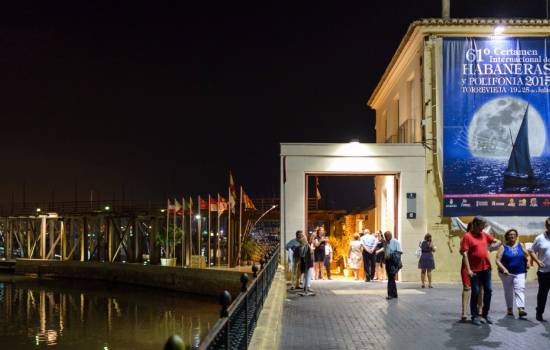 This year´s International Habaneras Song Competition in Torrevieja is coming to it end after an intense week of performances by choirs from the American, Asian and European continents. One of the most anticipated performances of this year took place last night, when the "Entre Voces" choir from Havana, Cuba filled the centennial enclosure of the Eras de la Sal with beautiful melodies.

This is one of the most popular cultural events in Torrevieja and the whole of the Costa Blanca. The first Habaneras song contest was held in 1955 and there has been one every year since then. The Habanera is a specific type of music that originated from Cuba in the 19th century. It was the first written music to be rhythmically based on an African motif, and the first dance music from Cuba to be exported all over the world.

The Torrevieja International Habaneras and Polyphony Competition is the most outstanding event of its type in Spain. The gentle songs bring together people from many different countries every year.