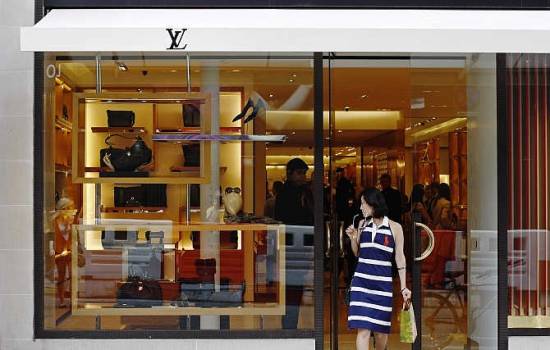 Spain´s most expensive shopping streets for renting premises were recently revealed by Forbes magazine, along with the dearest precincts in the world.

According to the report, Barcelona's Portal del Ángel -where most of the top Spanish and international fashion brands can be found – is the country´s most expensive street to rent a comercial premises, with the cost of rent being approximately 3,200 euros per square metre per year, meaning a typical standard-sized store of 150 square metres would have to pay circa €480,000. This sum would multiply several times for a flagship outlet. The Portal del Ángel street in Barcelona is also the 14th most pricey in the whole world.

The stylish Calle Preciados in Madrid, a pedestrianised street off the central Puerta del Sol square and home to a huge El Corte Inglés store, is Spain's second-most expensive at 2,800 euros per square metre to rent every year, according to the Main Streets Across the World report issued every year by Cushman & Wakefield. This research focuses annually over 300 commercial boulevards in more than 60 countries.

Nevertheless, both the Portal del Ángel street in Barcelona and the Calle Preciados in Madrid are a far cry from the most expensive one in the world, New York's Fifth Avenue, which comes in at nothing more and nothing less than €33,800 per square metre per month.

The third-most expensive in terms of rental price per square metre is Barcelona's Passeig de Gràcia, fourth is Madrid's Calle Serrano (both around €2,700) and fifth is Calle José Ortega y Gasset and the Gran Vía, both in the capital (around €2,600).

Other shopping streets in Spain which figure among most expensive in the world include Valencia's Calle Colón, Málaga's Calle Marqués de Larios, Bilbao's Gran Vía, and Sevilla's Calle Tetuán.