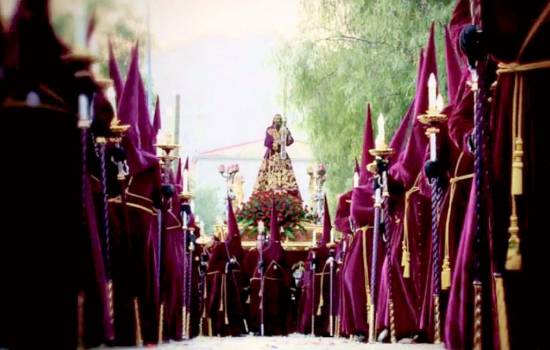 The Holy Week processions in Torrevieja and Orihuela have become a truly magnificent cultural and religious event. This moving and emotional experience is watched by thousands of people every year. In fact, Orihuela´s Holy Week was acknowledged as being of International Tourist Interest in 2010.

The "Cofradías" (Confraternities) in Torrevieja and Orihuela have everything ready for this year's Easter processions during Holy Week. During the Semana Santa processions that take place in both cities, the members of each confraternity (called "costaleros") carry several "pasos" or floats representing different moments of the passion and death of Jesus Christ.

The Easter week processions have centuries of history and tradition in Spain, where most towns and villages become the stage for religious fervour and devotion, combining grief and meditation in memory of Christ's death. During the solemn parades, large crowds of people accompany religious images on their route through the streets.

On Holy Thursday the procession of Silence takes place, where the "pasos" are taken through the streets in total silence as a sign of deep respect. During the Orihuela processions we get to admire authentic works of art, many of them by Francisco Salzillo, the most important sculptor of Spanish Baroque 18th century.