News: ​Alicante celebrates the arrival of summer with the Bonfires of San Juan 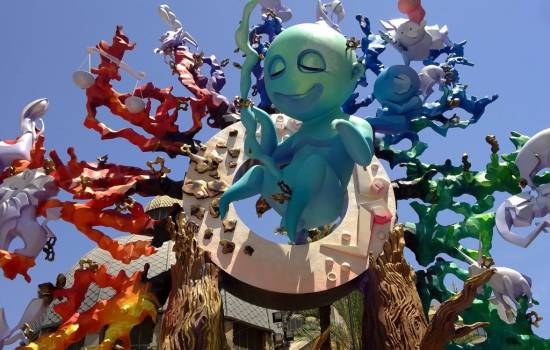 Just like every year since 1928, thousands of people take to the streets to participate in this colourful blend of fireworks and music near the sea.

For several days the city of Alicante celebrates this great homage to fire with enormous figures made of cardboard and wood as the main characters, ready to burn in the night of San Juan. Over 200 large satirical statues are set to go up in smoke a few days later.

Every day at 2 p.m. the popular Los Luceros square holds the "mascletàs", big noisy fireworks displays which fill the air with the thunderous roar of gunpowder.

But the climax comes at midnight on June 24, when the "cremá" takes place. Starting with a monumental fireworks show resembling a palm tree, the fires spread throughout the city for everybody's enjoyment.

This is one of the most important events in Alicante and it has been officially declared to be of International Tourist Interest. The Bonfires of San Juan is one of the greatest traditions of the Costa Blanca which nobody should miss!