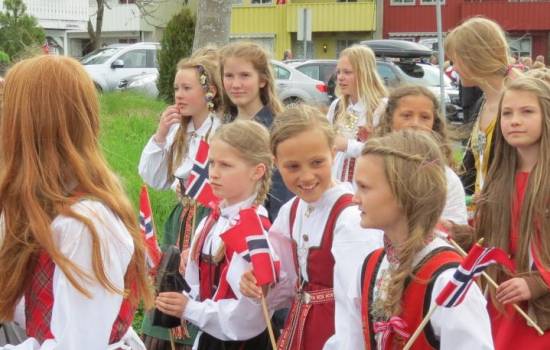 Thousands of Torrevieja residents originating from Norway gathered in the local Park of Nations yesterday to celebrate their national holiday and their Constitution. The Vega Baja region in the Costa Blanca is home to around 20,000 Norwegian residents who even have their own school in Ciudad Quesada. Many of them are not registered because they do not spend the entire year in Spain, but they do take advantage of the winter´s mild temperatures.

Some two thousand Norwegian residents attended the celebration which was presided by the consul of Norway in Torrevieja Tim Kindem, who explained that this day is traditionally characterised by the massive presence of children waving the national flag and wearing their folk costumes.

The first settlements of Norwegians in the Vega Baja took place more than five decades ago, with a clear predominance of pensioners who came to spend their retirement in a place with excellent climate. Since then, hundred of young couples with small children have also chosen Torrevieja as the perfect place for their families to live all year round.