News: ​Alicante holidays under the sun all year round 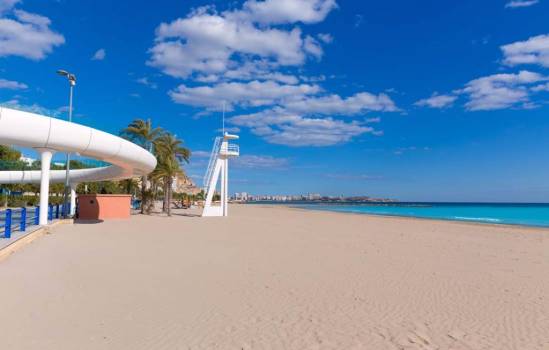 The city of Alicante on the Spanish Costa Blanca is everything you would expect from a city break destination. This is an ancient city located on the coast with a beautiful yacht port and a broad quayside esplanade. However, there is much more to Alicante than its beautiful beaches, dramatic mountain landscapes and caves.

One thing not to be missed is the Castillo de Santa Bárbara, a castle that stands on the Benacantil rock at a height of 166 metres and can be reached by a lift. This is an old fortress dating back to the 3rd century BC which has been reconstructed several times, first by the Romans, then by the Moors and then by the Christians. From the castle you can see the entire city of Alicante, as well as the neighbouring cities of Santa Pola, Benidorm and San Juan.

The MARQ Provincial Archaeological Museum wil take you on a journey through the city´s history from the Roman era to recent times. You may also want to enjoy the collection of 20th century contemporary art at the Alicante Museum of Contemporary Art which is housed in a 17th century baroque house.

When you want to spend time in nature, you can head for Guadalest Valley, 60 km from Alicante. The stunning views of the waterfalls and Guadalest village are worth a visit.

These are just a few of the attractions you can enjoy when you spend your holidays in Alicante.